Jungle Scout vs Unicorn Smasher: Which Product Research Tool You Should Choose

Jungle scout is an extension of the Google Chrome contained on the Amazon site and is widely used in United States of America, the United Kingdom, and other popular countries.

The following is a deep comparison and review of the 2 software.

The jungle scout has an exceptional feature to unicorn smasher called the product tracker. This feature is an extension of the web application which enables users to monitor in real time.

Product tracker also tracks and monitors the inventory, transaction of sales, ranking, and ratings of sellers and buyers and any other useful information.

The other main feature of this web application is called the niche Hunter. The niche hunter is used to retrieve particular niches categorized by demand, supply, competition or any other vital criteria.

Jungle scout web application and its extensions enable users to collect data and information from a certain page on the Amazon.

They are usually embedded in Google Chrome through installation and functions within Amazon. After one opens it, a pop-up window displaying various products and their descriptions appears.

With this web app, one can form a master file of filters that you can use to scroll down and navigate through the entire site and filter items and products according to your specifications and criteria.

For instance, if you want to view items and products which weigh lower than 2 pounds selling at a price of $50 in sports category at a minimum subscription of $800 monthly, then the jungle scout web application will let you retrieve and view those products in a few seconds.

The product database contained in jungle scout web application is very vital since the data can serve a primary role in watching and tracking the competition from other rivals.

The user can easily set the filters under the same storage, and then when navigating through Amazon, any potential products are pinpointed and visualized.

The database also offers all the characteristics and information required without necessarily clicking on the item. It is used to monitor the competition on a daily basis routine.

Unicorn smasher was designed and developed by Amz tracker and is a free feature used by the Amazon sellers to conduct their product research.

Naturally, it seems to dominate the Amazon since it’s free of charge. The extension has some inbuilt features which make it easy for users to select the exact product that will raise them to the top of the game.

Unicorn smasher presents an overview of information about price costing, best-selling ranks, buyer reviews and any other important information for any product advertised on the Amazon.

It also offers exact and correct sales and revenue projections and estimations based on data captured from thousands of products within the Amazon.

Unfortunately, unicorn smasher only presents and visualizes the financial and capital information, unlike the jungle scouts which analyses and offers choices of decisions to the user.

Unicorn is designed with very smart and organized dashboards to easily organize all your Amazon activities and save the user the tiresome experience of going through the huge voluminous data within the Amazon.

On the other hand, Jungle scout has advanced this feature to more advanced features called the product database and the niche hunter. These two special features perform the same function but within a very short time.

Unicorn smasher extension has a restrained sharing feature that makes sure that one’s data is in a considerably fast and easy shareable mode that does not reveal the privacy of the user’s products.

This ability makes it easy to get responses and feedback from other traders. The unicorn smasher needs integration of an AMZ tracker to give subscribers an internal beneficial opportunity.

In a nutshell, Unicorn smasher functions the same way as the jungle scout, but the only difference is that the latter has more features which are well advanced to give effective and efficient output.

Unicorn smasher’s estimates are not accurate and efficient as those of jungle scout because they not fully computed.

In addition, is not as fast as jungle scout in fetching out the data during filtering. The only competitive advantage it presents to jungle scout is that it is free to download and install. It is advisable for anyone prospecting for a successful business to embrace the jungle scout regardless of its high cost and subscriptions.

After comparing and reviewing the two software, jungle scout remains the better choice for users because it presents a lot more benefits as compared to unicorn smashers.

The benefits exhibited include: security in sharing opinions since the extension allows sharing of findings, special filters that save time as one does not have to go through the whole content, automotive product monitoring, finding niches faster and exportation of data.

As you make your choice, read reviews and essential feedback from people who have used them before so that you can make the right decision depending on what you intend to do.

11 Proven Strategies to Get Amazon Reviews 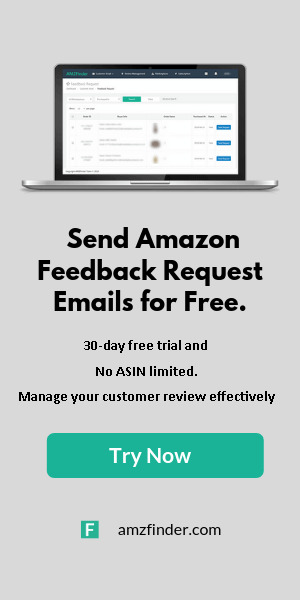